Deduplication is an important, though often messy and time-consuming, part of many statistical investigations. It is usually required when data comes from several different sources, to identify all of the records that actually refer to the same thing. For example, I have recently been deduplicating the names appearing in the ‘women composers’ sources listed in this previous article. Deduplication may also be needed where several publications of the same work are described in different ways in a library catalogue. 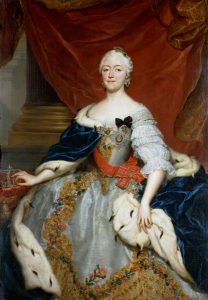 Maria Walpurgis (1724-1780) was a German composer who wrote operas and other works. The variations in her name across the different sources include

Other variations that may be found include

If we are researching a single composer, these different representations are not usually a problem, but with a list of several thousand names,1 we need a way to do at least some of this deduplication automatically. What we are aiming for is a ‘lookup table’ giving the original names, and the deduplicated names, which can be used to link each entry to a single standardised name, such as “Walpurgis, Maria”.

One tool that can be useful for this sort of thing is OpenRefine. There are instructions on the OpenRefine website for how to use it,2 but of particular interest is the description of the techniques it uses for ‘clustering’, i.e. identifying possible duplicates. A number of methods are described for comparing text strings (using ‘fingerprints’, various distance measures, phonetic transformations, etc), which between them cover many of the common sources of variation mentioned above. OpenRefine does not automatically deduplicate a list for you, but it makes it very much easier!

The ‘distance’ between two character strings is a useful concept for deduplication. One common measure – the Levenshtein Distance – is the minimum number of edits (insertions, deletions, or substitutions) needed to turn one word into another. Other measures exist, which can be more suitable for certain purposes, such as comparing names, or picking up common spelling or typing errors. A small distance between two strings can be an indicator that they might be duplicates.

Having used OpenRefine to do the first wave of deduplication of women composers, I used four further passes – each of which found some duplicates missed by previous attempts…

Deduplication is far from being an exact science that can be readily automated, but there are techniques that can identify potential duplicates for further consideration. There are certainly still a few errors in my deduplicated list, but they are probably relatively few. Some might come to light later, others will not, but the effect on the subsequent analysis should be minimal. It took perhaps three or four days of work to reduce the list of almost 11,000 names down to 6,148 deduplicated women composers, which is time well spent in terms of the quality and credibility of the subsequent analysis.3